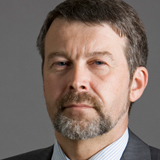 Mr. Marc Buekens graduated from the law faculty of the State university of Ghent in 1976. He initially practised general law which has proved very useful to him. Some time afterward but chiefly since the foundation of law firm Van Landuyt & Partners in 1990, he has shifted his attention to the following specialisations: commercial law, bankruptcies and liquidations, contracting law and public procurements.

Mr Buekens is listed as a receiver at the Brussels Court of Commerce and often acts as liquidator in cases. Mr Buekens was a member of the Council of the Brussels Bar Association from 1994 to 1997, 2 years as secretary. He has published various works on bankruptcy law.