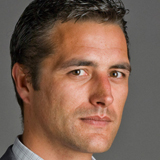 Mr Matthias HERTEGONNE obtained his Masters diploma in Law at the KU LEUVEN in 2005. Ever since then he has been a member of the BRUSSELS bar.

After gaining experience in, amongst others, public law and commercial law, Mr HERTEGONNE joined the firm in October of 2008. He became a partner in November of 2011 and since then has expanded his clientele further, with an emphasis on commercial companies.

He has taught at SYNTRA, with regards to real estate agent training. He has been added to the list of Insolvency Practitioners of the Nederlandstalige Rechtbank van Koophandel (Dutch Commercial Court) of BRUSSELS since 2014.

Through efficient intervention, Mr HERTEGONNE wishes to offer a solution to existing and future problems. Economic use of the legal procedures and a close collaboration with the client both play a decisive role in this endeavor.

Has been a member of the Brussels Bar since 2005.