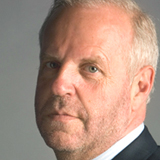 Almost immediately, he showed an outspoken preference for sports law, commercial law and family law. His law firm specialised in these branches too. The fact that many athletes go to him for assistance is common knowledge. He has bundled his experience in publications such as “Sportrecht in Beweging” (Sports law), “Sportcodex” (sports codex), “Sportrechtspraak” (sports case law) and a simplified edition for athletes “Je rechten als sportbeoefenaar” (Your rights as an athlete).

He was appointed professor of sports law at the university of Brussels (VUB) and is often asked to give guest lectures in Belgium and abroad where he is invited to speak. He was an adviser of the Minister of Sport for a period of two years. In other words, he has ‘tackled’ sports law from every conceivable angle.

In addition to sports law, he also intervenes in civil law and commercial disputes and is an intermediary at the Brussels Business Mediation Center. He is also a deputy judge in the magistrate court of Rhode-Saint-Genese.