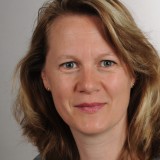 After eight years of practical experience in smallsized international business law firms in and next to Paris, she moved to Brussels in 2009 where she followed an « expert class company law » and specialized in legal aspects of business and commercial relations to Germany and France including legal advice for German and French companies and citizens who settel in Belgium.

She is responsible for the German desk of the lawfirm and handles both Dutch-speaking and French-speaking cases. Correspondence in English is also possible.

After her first three years in Belgium, she qualified as a Belgian lawyer and became a full member of the Brussels bar in 2012.